7.4
Director: Budd BoetticherWriters: Burt KennedyStars: Randolph Scott, Gail Russell, Lee MarvinSummary: Ex-sheriff Ben Stride tracks the seven men who held up a Wells Fargo office and killed his wife. Stride is tormented by the fact that his own failure to keep his job was the cause of his wife's working in the express office and thus he is partly responsible for her death. Stride encounters a married couple heading west for California and helps them. Along the way they are joined by two n'er-do-wells, Masters and Clete, who know that Stride is after the express-office robbers. They plan to let Stride lead them to the bandits, then make away with the loot themselves. But they aren't the only ones carrying a secret. Written by Jim Beaver <[email protected]>
Also known as: 7 Men from Now (on a region-free DVD). 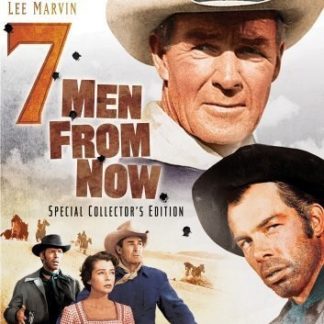