8.2
Director: Ludmil StaikovWriters: Vera MutafchievaStars: Stoyko Peev, Antony Genov, Vania TzvetkovaSummary: In 651, Khan Kubrat died and the Khazars accelerated their raids upon Great Bulgaria. His five sons split the Bulgarian tribe and each led his to find new land where they could live in peace. Khan Asparukh, the youngest son, went west and, after an arduous journey lasting for years, southward across the River Danube, into Moesia. In 680-81, in alliance with the Slavs, he inflicted stunning defeats on the Roman legions and forced the Byzantine Empire to recognize the formation of the new state of Bulgaria in the lands where it still exists today. Written by gobgmedia.com
Also known as: 681 AD: The Glory of Khan (on a region-free DVD).

Be the first to review “681 AD: The Glory of Khan (1981) with English Subtitles on DVD” Cancel reply 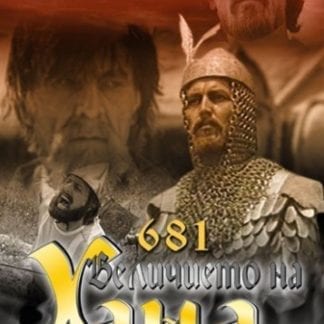