Director: Thom FitzgeraldWriters: Thom FitzgeraldStars: Chloë Sevigny, Lucy Liu, Shawn AshmoreSummary: Sister Hilde narrates three separates stories, each directly concerning the AIDS crisis. From a Montréal based order, Sister Hilde, Sister Mary and Clara, a novice, have just arrived in Africa to work as nurses in a plantation's medical center. They learn that legend there has it that having sex with a virgin will transfer infection out from oneself. Because of this legend, an infant girl is raped. Clara, who also learns the main cause of the virus' spread within the plantation, does whatever she can to ensure that Hallyday, the plantation owner, flexes his economic power to right the wrongs on the plantation. Back in Montréal, a porn actor named Denys has been cheating on his mandatory monthly HIV tests, using his father's blood to pass as his own. As he believes he has been exposed to the virus, the negative results will allow him to continue working. When he is caught, his mother, Olive, learns the hard way of her son's true HIV status and his occupation, and devises a strategy for... Written by Huggo
Also known as: 3 Needles (on a region-free DVD). 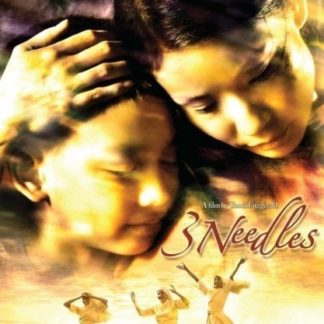