6.2
Stars: Mrs. M.F. Lee, Carey Wilson, Howard HawksSummary: This documentary provides a behind the scenes look at the making of movies in 1925 at the M-G-M Studios in Culver City, California. The studio itself is a small city, encompassing forty-five buildings, including fourteen sound stages (number fourteen which is currently under construction), connected by three miles of paved roads over the forty-three acre property. The stories, the soul of any movie, are vetted through a story department headed by Mrs. M.F. Lee. The approved stories are passed to the scenario writers, supported by the research department, who ensure factual accuracy. Taking the script, the director makes up the storyboards, and casts the lead roles. The director has a plethora of big name stars available at his disposal. The casting office, headed by Robert McIntyre, fills the supporting roles. His office is filled with aspiring actors, hoping to be the next big star. Being M-G-M with many of the movies being "musicals", a large subgroup of the performers are dancers, ... Written by Huggo
Source: imdb.com 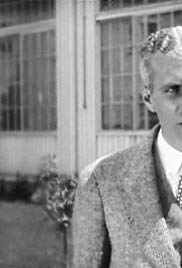