Director: Vladimir KhotinenkoWriters: Arif AlievStars: Pyotr Kislov, Michal Zebrowski, Artur SmolyaninovSummary: The czar of Russia has died and a power vacuum has developed. This period in the late 16th and early 17th century has been called "The Time of Troubles." There are many impostors who claim to the right to rule, but there's only one heir, the Czarina Kseniya Godunova. She has married a Polish military leader who wants to claim the Russian throne in her name so he can rule all of Russia. As the Poles move in on Moscow in an attempt to install the czarina on the throne, Andrei, a serf with a life-long infatuation of the czarina attempts to save her from her brutal Polish husband. A complicated story wrapped around mysticism and legend climaxes in a bloody battle between the Poles and the Russians for control of the empire. Written by Mark Pontoni
Also known as: 1612: Khroniki smutnogo vremeni (on a region-free DVD).

Be the first to review “1612: Khroniki smutnogo vremeni (2007) with English Subtitles on DVD” Cancel reply 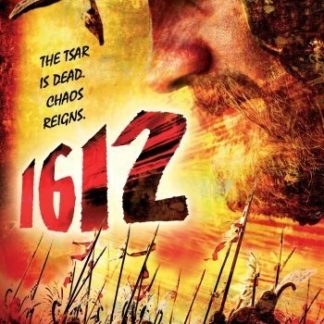