This sale is for 101 Things Removed from the Human Body (2005) starring Mitch Lewis on DVD.

7.2
Director: Eric Schotz, Steven FeldWriters: Lou DeCosta, Michael X. FerraroStars: Mitch LewisSummary: 101 Things Removed from the Human Body is a British documentary series, termed "shockumentary" by some critics, directed by Eric Schotz and narrated by Mitch Lewis. Taking the form of a countdown from 101 to 1, the series showcases shocking tales of people who have survived first, the entry, and second, the removal foreign objects from their bodies; items such as javelins, a boat anchor, a bicycle pump, a bag of nails, an ice pick, and even a human body. Written by rleegray
Source: imdb.com 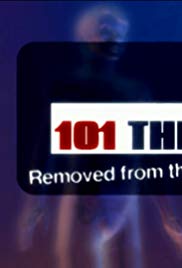