View cart “Decoy (1995) starring Peter Weller on DVD” has been added to your cart.


This sale is for Zhi fa wei long (1992) with English Subtitles on DVD.

Director: Phillip KoWriters: Tat-Choi LeeStars: Waise Lee, Yukari Ôshima, Robin ShouSummary: Tung/Torres (Dion Lam), a vicious Filipino-Chinese drug dealer in Hong Kong, is caught by Chief Inspector Leung (Waise Lee). Cynthia ('Yukari Ôshima') and Lung (Robin Shou) is tasked to deport him back to the Philippines for prosecution. But once they arrive, Dion is rescued by his boss/godfather, Tiger (Subas Herrero), leaving Cyntha and Lung with more than their responsibility to deal with Sgt. Franco (Phillip Ko), their Manila counterpart. Tiger, the coldly ambitious leader of the local gang, who builds an empire of crimes in Manila, has determined to eliminate anyone who will hinder his way of making money. They include Lung and Cynthia, Sgt. Franco and his partner, Billy (Ronnie Ricketts), and Tiger's rival gang leader Mr. Tang (Franco Guerrero). Between Lung and Sgt. Franco, it is a case of conflict at first sight; However, when Billy and Cynthia are brutally killed in the line of duty by the deadliest killers sent by Tung and Tiger, Lung and Franco finally get together and will... Written by anonymous
Also known as: Fatal Chase (on a region-free DVD). 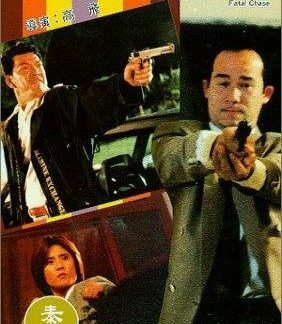