View cart “The Mummy (1959) starring Peter Cushing on DVD” has been added to your cart.


This sale is for Zero Zero (1983) starring Simone Baker on DVD.

8.5
Director: Mike Batt, John EastwayWriters: Mike BattStars: Simone Baker, Dora Batt, Mike BattSummary: This intriguing audio-visual piece was created by Mike Batt in 1982. It was the first thing Batt ever directed (co-directing with John Eastway). The designs and "animations" were all part of the original concept, conceived and designed and by MB during his 1981 Pacific crossing from Los Angeles to Sydney aboard his boat, Braemar. The story is about a young man called Number 17 (Ralph to his friends) - played by Batt. Set in the distant future, or past, - the World in which Number 17 lives is one devoid of Love, which has being deliberately, genetically eradicated. Number 17, however, is a genetic throwback and falls in unrequited love with Number 36, a surgeon at the local correction centre for those afflicted with the disease of Love. Written by Anonymous
Also known as: Zero Zero (on a region-free DVD). 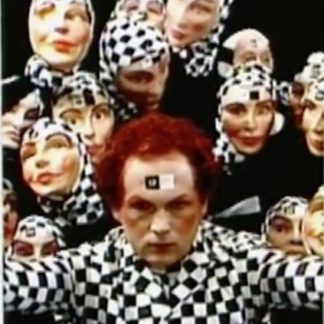