You Know My Name (1999) starring Sam Elliott on DVD


This sale is for You Know My Name (1999) starring Sam Elliott on DVD.

Director: John Kent HarrisonWriters: John Kent HarrisonStars: Sam Elliott, Arliss Howard, Carolyn McCormickSummary: Fact-based biography of early film Producer and Director Bill Tilghman (Sam Elliott). Tilghman was a real-life cowboy, who rode with the Earps and faced down countless bad guys. When he turned to films, he was determined to make authentic Westerns, rather than the fake carrying on of Tom Mix and other Western movie stars of the day. The only problem was that no one wanted to see his non-stars in any story. Arliss Howard co-stars as a cocaine-addled law enforcement nemesis of Tighman, who attempts to stop him at every turn. Written by John Sacksteder <[email protected]>
Also known as: You Know My Name (on a region-free DVD). 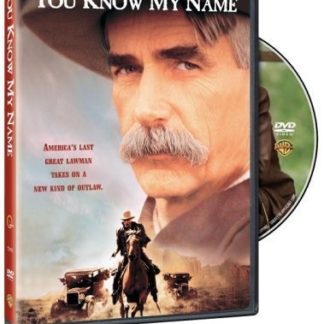