Within the Woods (2005) starring Athena Demos on DVD


This sale is for Within the Woods (2005) starring Athena Demos on DVD.

Director: Brad SykesWriters: Brad SykesStars: Athena Demos, Alex Gordon, Janelle HerreraSummary: A new reality show invites five brave souls to spend the night at "Camp Blood", where, years ago, over a dozen people were murdered by the infamous "Clown". Whoever remains at the end of twenty-four hours will split a million dollars. To drive away the contestants, the producers have rigged several "scares" as well as hiring a stuntman dressed as the Clown. But as night falls, screams of terror fill the desolate woods as a real bloodthirsty killer begins cutting down the competition, one by one. As night falls, will any of them survive the horror that lurks WITHIN THE WOODS? Written by Brad Sykes
Also known as: Within the Woods (on a region-free DVD).
Source: imdb.com 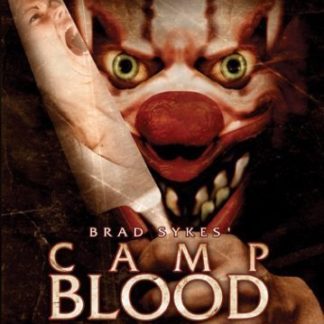