Vengeance Is My Forgiveness (1968) with English Subtitles on DVD


This sale is for Vengeance Is My Forgiveness (1968) with English Subtitles on DVD.

5.7
Director: Roberto MauriWriters: Tito Carpi, Francesco Degli EspinosaStars: Tab Hunter, Erika Blanc, Piero LulliSummary: In a small western town, the local sheriff is looking forward to his upcoming marriage to young Lucy McLaine. The sheriff's old flame Joana, who owns a saloon, is disappointed by sheriff Durango's choice to marry Lucy but wishes him luck. Durango is in town shopping for a nice wedding dress for Lucy. Lucy's parents have sold their big cattle herd for a large sum of money in order to provide Lucy with a nice dowry. The news of the cattle sale doesn't go unnoticed in the community. As a result, four masked armed riders show up at the McLaine farm demanding the money meant to be Lucy's dowry. When Lucy's parents refuse to fork over the hidden cash, the masked robbers get rough with Lucy and they shoot the farm foreman in the arm. Fearful for Lucy's safety, her mother offers to show the bandits where the cash is hidden inside the house. Unfortunately, Lucy's father unmasks one of the robbers and recognizes him. Unwilling to leave witnesses behind, the robbers kill every member of the ... Written by nufs68
Also known as: Vengeance Is My Forgiveness (on a region-free DVD). 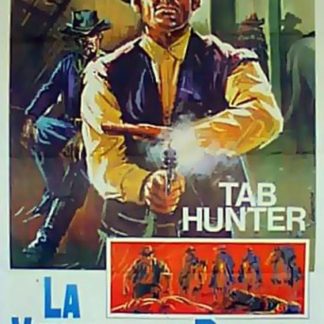