This sale is for This Girl’s Life (2003) starring Juliette Marquis on DVD.

5.7
Director: Ash Baron-CohenWriters: Ash Baron-CohenStars: Juliette Marquis, James Woods, Kip PardueSummary: The porn star Moon spends her time working, nursing her widowed father that has Parkinson disease and with her friends Jessie and Martine. Her boss Aronson gives a new contract to her to be signed. She has a blind date with Jessie's friend Kip and they feel a great attraction for each other. Meanwhile Jessie tells her that she wants to test fidelity of her fiance, Daniel. She helps her friend and they see his infidelity. And she thinks it would be a good business to make money by testing fidelity of men for their partners and decides to offer the service to other customers. But when she meets the dangerous Terry, she reevaluates her life and her relationship with Kip. Written by Wiki
Also known as: This Girl's Life (on a region-free DVD). 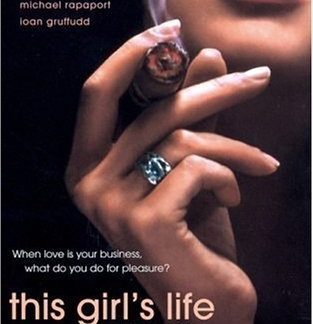