The Sea Is Watching (2002) with English Subtitles on DVD


This sale is for The Sea Is Watching (2002) with English Subtitles on DVD.

Director: Kei KumaiWriters: Kei Kumai, Akira KurosawaStars: Misa Shimizu, Nagiko Tôno, Masatoshi NagaseSummary: 19th century. Oshin is a prostitute in a brothel of a red-light district. A disgraced samurai, Fusanosuke, rushes in the brothel seeking for a refuge, because he had wounded a powerful samurai. Oshin hides him from the authorities and falls in love with him, against an older prostitute's, Kikuno's, misgiving. Fusanosuke advises Oshin to cleanse herself by giving up her line of work. Believing falsely that this is a promise for marriage, she turns her customers over to the other prostitutes, who are happy to help her. Funasukoke leaves to be reconciled to his family, but, when he returns, he reveals that he is engaged and is going to marry his fiancé. Some time later a desperate itinerant, Ryosuke, appears and Oshin falls in love again. Meanwhile, an older man asks Kikuno to buy her contract and marry her, but she is entangled with an old abusive customer of hers. One night, while the madam of the brothel is away to thermal baths, a storm hits the area and everybody tries to flee. ... Written by Alkistis Zografou 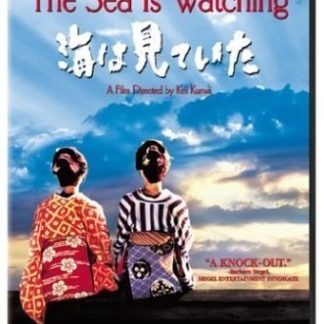