View cart “L’ultimo pistolero (2002) with English Subtitles on DVD” has been added to your cart.

The Outlaw (1943) with English Subtitles on DVD


This sale is for The Outlaw (1943) with English Subtitles on DVD.

5.5
Director: Howard Hughes, Howard HawksWriters: Jules FurthmanStars: Jack Buetel, Thomas Mitchell, Jane RussellSummary: Newly appointed sheriff Pat Garrett is pleased when his old friend Doc Holliday arrives in Lincoln, New Mexico on the stage. Doc is trailing his stolen horse, and it is discovered in the possession of Billy the Kid. In a surprising turnaround, Billy and Doc become friends. This causes the friendship between Doc and Pat to cool. The odd relationship between Doc and Billy grows stranger when Doc hides Billy at his girl, Rio's, place after Billy is shot. She falls for Billy, although he treats her very badly. Interaction between these four is played out against an Indian attack before a final showdown reduces the group's number. Written by Ron Kerrigan <[email protected]>
Also known as: The Outlaw (on a region-free DVD). 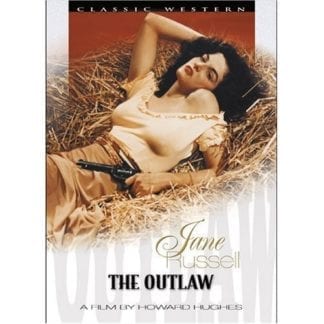