View cart “Frozen Alive (1964) starring Mark Stevens on DVD” has been added to your cart.

The Nature of the Beast (1995) starring Eric Roberts on DVD


This sale is for The Nature of the Beast (1995) starring Eric Roberts on DVD.

6.4
Director: Victor SalvaWriters: Victor SalvaStars: Eric Roberts, Lance Henriksen, Brion JamesSummary: Jack meets Adrian out in Nevada. Adrian latches on to Jack, and won't go away. Jack tries to lose Adrian, but Adrian informs Jack not to mess with him, or he'll call the police because he knows Jack's secret. In the meantime, the car radio keeps blaring news reports of a serial killer in the area called "The Hatchet Man", as well as a theft of a huge sum of money from a local casino. Jack is concealing a briefcase, and wherever he and Adrian go, "The Hatchet Man" seems to strike within the vicinity! Written by Humberto Amador
Also known as: The Nature of the Beast (on a region-free DVD). 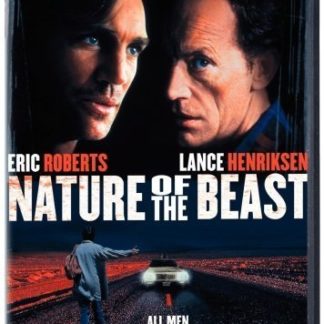