View cart “From Pink to Yellow (1963) with English Subtitles on DVD” has been added to your cart.


This sale is for The Chastity Belt (1972) starring Frankie Howerd on DVD.

5.3
Director: Bob KellettWriters: Sid Colin, Ray GaltonStars: Frankie Howerd, David Kernan, Nora SwinburneSummary: The Queen of England gives birth to twins. In order to protect the blood line one is kept and the other hidden in a pig sty and is raised to think it's mother is the pig. Lurkalot is the one raised by pigs who doesn't know his past. He makes a good living as a servant, selling chastity belts on the side. When his master's castle is lost to Sir Braggart de Bombast, Lurkalot must fight to protect his daughter, eventually travelling to the missions to bring back his master. On the mission he uncovers that his twin is Richard the Lionheart and he is of Royal stock and must bring them both back. Written by Paul Hunter
Also known as: The Chastity Belt (on a region-free DVD). 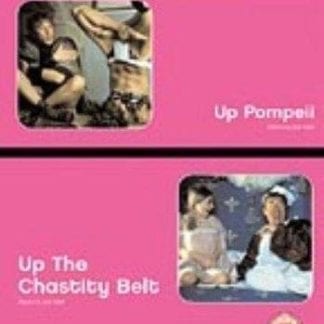