The Art of Love (1965) with English Subtitles on DVD


This sale is for The Art of Love (1965) with English Subtitles on DVD.

6.3
Director: Norman JewisonWriters: Richard Alan Simmons, William SackheimStars: James Garner, Dick Van Dyke, Elke SommerSummary: Painter Paul Sloan feels he's a failure, since nobody will buy his paintings. His art dealer informs him, that the works of an artist become much more wanted and valuable if the artist is dead. Therefore, Paul, together with his friend Casey Barnett, plans to fake his own suicide. However, it starts looking like Casey has murdered Paul and when Casey starts making a move for Paul's fiancée, he decides to get revenge. However, Paul falls in love with Nikki, who has also tried to commit suicide. Written by Anders E Lundin
Also known as: The Art of Love (on a region-free DVD). 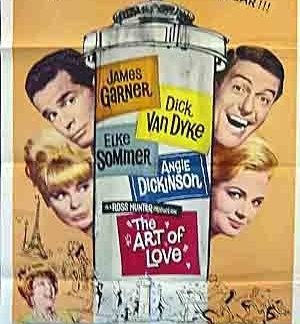