View cart “Atlantic (1929) starring Franklin Dyall on DVD” has been added to your cart.

SpaceDisco One (2007) with English Subtitles on DVD


This sale is for SpaceDisco One (2007) with English Subtitles on DVD.

6.1
Director: Damon PackardWriters: Damon PackardStars: Amanda Mullins, DonnaMarie Recco, Patrick ThomasSummary: "Spacedisco One" is a sequel to both "Logan's Run" and "1984" at the same time with Orwell's Winston Smith running into the daughters of Logan 5 and Francis 7 as they're busy running about a park firing off laser beams at one another. It's not until they meet that Winston realizes they're actually all fictional characters in a movie. When not discussing "Battlestar Galactica" with Stargirl 7 and Francis 8, Winston makes frequent visits to the Ministry of Truth - known to you and I as Universal Citywalk. Oh yeah, did I mention the roller rink in space that people have to skate on to get to Earth? Yeah, there's that, too Written by Anonymous
Also known as: SpaceDisco One (on a region-free DVD). 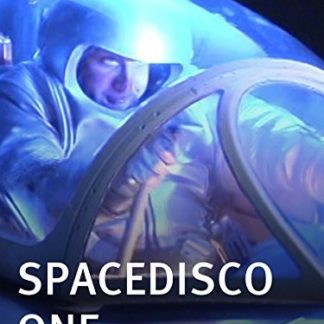