View cart “Sing, Baby, Sing (1936) starring Alice Faye on DVD” has been added to your cart.

Revenge of the Red Baron (1994) starring Mickey Rooney on DVD


This sale is for Revenge of the Red Baron (1994) starring Mickey Rooney on DVD.

3.2
Director: Robert GordonWriters: Michael McDonaldStars: Mickey Rooney, Tobey Maguire, Laraine NewmanSummary: Once he fought in the name of honor, now he will fight in the name of family. His glory days behind him, Grandpa Spencer appears doomed to sit in his wheelchair and watch his family come apart. But fate is not content to let this World War I Fighter Ace fade away. An ancient curse on the Spencer family threatens their very lives. The infamous Red Baron has returned to take revenge on the man who shot him down. Grandfather, grandson and daughter-in law must unite to fight the infamous Red Baron; because this time it's their last chance. Written by Concorde - New Horizons (with permission).
Also known as: Revenge of the Red Baron (on a region-free DVD). 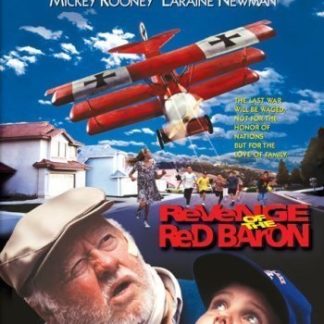