This sale is for Ratline (2011) starring Emily Haack on DVD.

4.7
Director: Eric StanzeWriters: Eric Stanze, Jason ChristStars: Emily Haack, Jason Christ, Sarah SwoffordSummary: In a flash of blood-drenched violence, Crystal Brewer's life has taken an unexpected turn. On the run from the law for her part in a gruesome drug-money heist gone wrong, she has become seduced into a seedy underworld of death and betrayal. Escaping into the night with her half-sister Kim, Crystal seeks refuge in a small Midwestern town to make sense of her life-threatening ordeal. However, any plans for solace are soon derailed when she crosses paths with Frank Logan, a mysterious stranger with a bloody history of his own. Crystal's initial intrigue with Logan's sinister allure soon gives way to sheer terror as his vile intentions for her are revealed. As a new wave of violence threatens to destroy those close to her, Crystal is forced to make a terrifying decision. Will she stop Logan before more innocent blood is spilled? Or will she join him in resurrecting an evil that could consume the world? Written by Anonymous
Also known as: Ratline (on a region-free DVD).
Source: imdb.com 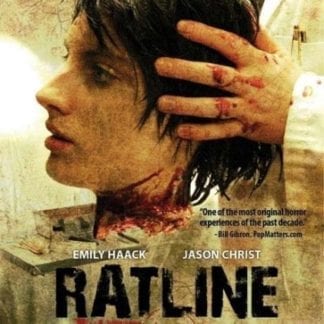