Over the Wire (1996) starring Landon Hall on DVD


This sale is for Over the Wire (1996) starring Landon Hall on DVD.

4.6
Director: Fred Olen RayWriters: Pete SlateStars: Landon Hall, David Christensen, Shauna O'BrienSummary: When telephone repairman (and ex-cop) Bruce (David Christensen) overhears a potentially deadly business conversation over crossed wires, he dutifully reports his concern to his police-detective pal, and former brother-in-law, Roy Walker (Keith Lewis). Bruce believes that one of two sisters--realtor Susan Sternam (Landon Hall) and exotic dancer Rachel Sternam (Shauna O'Brien)--has hired a hit man to eliminate the other. Playing the good citizen against Roy's advice, Bruce confronts both women, immediately suspecting the overtly bitchy blonde, Susan (whom he nonetheless beds), and shielding the troubled brunette, Rachel, who presents herself as the victim of her controlling older sister. Meanwhile, Susan's unfaithful boyfriend Mark (Tim Abell) tangles with Roy, who mistakes him for the hit man. Bruce's snooping eventually reveals that the girls' deceased aunt's will stipulates that the Sternam sisters must live together under the same roof for five years in order to inherit her large ... Written by lament
Also known as: Over the Wire (on a region-free DVD). 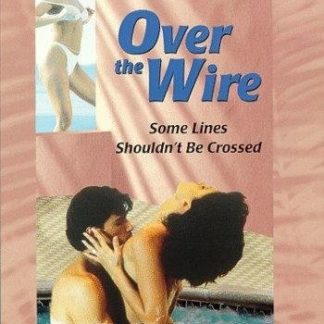