View cart “The Green-Eyed Blonde (1957) starring Susan Oliver on DVD” has been added to your cart.

6.4
Director: Peter BenardosWriters: David Sale, Johnny WhyteStars: Johnny Lockwood, Philippa Baker, Gordon McDougallSummary: Further adventures of the Number 96 (1972) crew, on the big screen. After a devastating experience at the hands of a group of bikies Vera Collins recovers at the home of socialite friend Claire Houghton where she meets distinguished politician Nicholas Brent. She is romanced by him and worries that her shady past may harm his career but abruptly calls off the affair after a shock meeting with his son Tony. Dorrie and Herb begin arrangements for the celebration of their Ruby wedding anniversary with Roma, Arnold, Norma and Dudley all crossing wires and duplicating tasks while attempting to help out and cut costs. However a shocking discovery by Flo threatens to halt the celebrations and brings a new man into Dorrie's life. Meanwhile Aldo struggles to work two jobs after accidentally losing the money he had secretly pocketed in the deli to avoid paying income tax on it, and Lucy is suitably unimpressed after Les ropes Alf into his latest money-spinner; a sauna in the building's basement... Written by Anonymous
Also known as: Number 96 (on a region-free DVD). 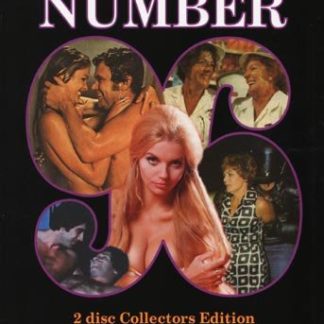