View cart “The Watcher (2018) starring Lucy Chappell on DVD” has been added to your cart.


This sale is for Klown Kamp Massacre (2010) starring Jared Herholtz on DVD.

4.0
Director: Philip Gunn, David ValdezWriters: Philip Gunn, David ValdezStars: Jared Herholtz, Ross Kelly, Kerri DaubeSummary: Fifteen years ago, Edwin went to clown camp to fulfill his lifelong dream of bringing laughter to the world... but nobody laughed. Humiliated on graduation night, Edwin viciously murdered the entire camp before vanishing into legend. Now, despite the warnings of the town drunk, old man Bonzo has reopened the ranch and a new class of clowns have unwittingly signed up. When their die-hard instructor Sgt. Funnybone (Miguel Martinez, The Donor Conspiracy) is found dead in a puddle of cream pie and blood, the curriculum changes from comedy to survival! Edwin slashes, stabs, strangles, and disembowels the clowns while laughing insanely at his own bad jokes. Written by David
Also known as: Klown Kamp Massacre (on a region-free DVD). 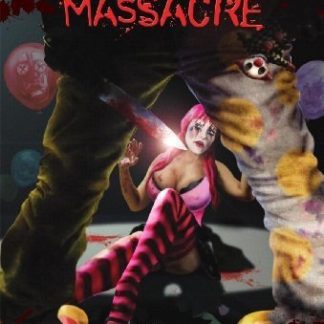