View cart “In the Year of the Pig (1968) starring Harry S. Ashmore on DVD” has been added to your cart.

7.5
Director: Emile de AntonioStars: Harry S. Ashmore, Daniel Berrigan, Joseph ButtingerSummary: Produced at the height of the Vietnam War, Emile de Antonio's Oscar-nominated 1968 documentary chronicles the war's historical roots. With palpable outrage, De Antonio (Point of Order, Underground) assembles period interviews with journalists, politicians, and key military personnel and international newsreel and archival footage to create a scathing chronicle of America's escalating involvement in this divisive conflict. The savage and horrific images speak for themselves in perhaps the most controversial film of de Antonio's career, and the film he cites as his personal favorite. Written by Anonymous
Also known as: In the Year of the Pig (on a region-free DVD).

Be the first to review “In the Year of the Pig (1968) starring Harry S. Ashmore on DVD” Cancel reply 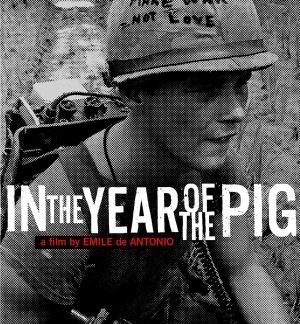