View cart “Bactron 317 ou L’espionne qui venait du show (1979) with English Subtitles on DVD” has been added to your cart.

5.9
Director: John Llewellyn MoxeyWriters: Gene RoddenberryStars: Alex Cord, Mariette Hartley, Ted CassidySummary: Dylan Hunt, a scientist, puts himself into suspended animation in a NASA cavern in 1979 to establish if he could be brought back to life in a couple of days to research into extending the process to astronauts. However the cavern collapses during an earthquake and Dylan doesn't recover until the year 2133. During the 154 years he had slept, war has broken out and the world's scientists rebelled against the war-loving military and developed a society known as the Pax, whose goal is to keep the spirit of mankind alive. However there are also the mutant Tyranians who plan to be Nazi-like rulers of the slowly recovering world. Dylan is tricked by the Tyranians who plan to use his knowledge of the past to rebuild their nuclear generator and therefore make their plans complete. Can the Pax and Dylan stop them or will the man from the past destroy the future?... Written by Lee Horton <[email protected]>
Also known as: Genesis II (on a region-free DVD). 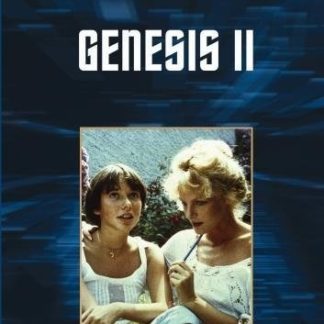