This sale is for Embrace the Darkness 3 (2002) starring Chelsea Blue on DVD.

3.7
Director: Robert KubilosWriters: Remington UnderwoodStars: Chelsea Blue, Ty Winston, Glen MeadowsSummary: Jennifer is new to vampirism but already tired of life with her penurious master, Jack. She exposes Jack to sunlight, but his demise is caught by a video security camera and the footage convinces tabloid reporter Sean Flynt that he's seen hard evidence of spontaneous human combustion. Meanwhile, Jennifer's catches the eye of powerful vampire Victor, who'd like to add her to his harem. Jennifer bumps into Sean at an occult bookstore, and the electricity between them is palpable. But she's no more in a hurry to acquire a human boyfriend than she is to become Victor's trophy bride.
Also known as: Embrace the Darkness 3 (on a region-free DVD). 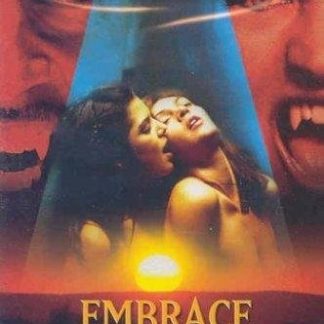