View cart “Zombies of the Stratosphere (1952) starring Judd Holdren on DVD” has been added to your cart.


This sale is for Conceiving Ada (1997) starring Tilda Swinton on DVD.

Director: Lynn Hershman-LeesonWriters: Lynn Hershman-Leeson, Eileen JonesStars: Tilda Swinton, Francesca Faridany, Timothy LearySummary: Emmy Coer, a computer genius, devises a method of communicating with the past by tapping into undying information waves. She manages to reach the world of Ada Lovelace, founder of the idea of a computer language and proponent of the possibilities of the "difference engine." Ada's ideas were stifled and unfulfilled because of the reality of life as a woman in the nineteenth century. Emmy has a plan to defeat death and the past using her own DNA as a communicative agent to the past, bringing Ada to the present. But what are the possible ramifications? Written by James Callan <[email protected]>
Also known as: Conceiving Ada (on a region-free DVD). 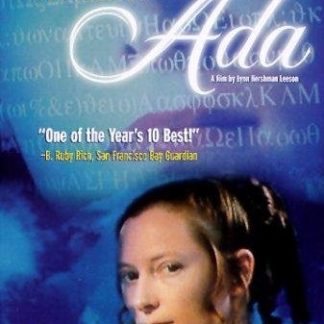