View cart “Sodium Babies (2009) with English Subtitles on DVD” has been added to your cart.


This sale is for Christmas Nightmare (2001) with English Subtitles on DVD.

4.1
Director: Vince Di MeglioWriters: Vince Di Meglio, Tim RasmussenStars: Tiffany Young, Tiffany Baker, Hugo ArmstrongSummary: After witnessing the brutal assassination of presidential candidate Francis Mohan, a young married couple (Edward and Alice Anderson) are taken to a safe house miles from civilization. The Anderson's bodyguard (F.B.I. Special Agent Simmons) escorts the couple to safety through a dark and stormy night, trying his best to assure the frightened newlyweds they have nothing to fear while he's on watch. But upon their arrival at the safe house, the trio is shocked to find it abandoned and their stay takes a sudden turn for the worse. Simmons begins undergoing dark and unsettling changes to his personality. Alice begins seeing visions of murder and suspects the agent has been possessed by the spirit of a madman who slaughtered his family in the same house fifty years ago. When she tells Edward they must leave or else be destroyed by Simmons, he disbelieves her and thinks she is losing her mind. Trapped in the middle of nowhere and fearing for her life, Alice Anderson must confront her ... Written by Gideon I. McLevi
Also known as: Christmas Nightmare (on a region-free DVD). 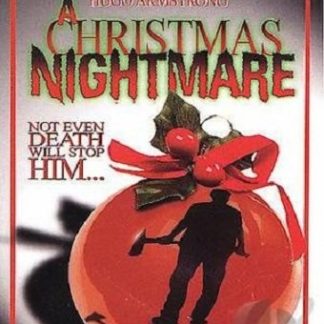