This sale is for Caught Up (1998) starring Bokeem Woodbine on DVD.

Director: Darin ScottWriters: Darin ScottStars: Bokeem Woodbine, Cynda Williams, Damon SaleemSummary: She caught his eye. He was caught off guard. Now Daryl Allen is caught in the line of fire. After six years behind bars, a reformed street hood(Bokeem Woodbine) puts down his gun and struggles to go legit. But when a beautiful, mysterious young woman gets him involved with a bag of stolen diamonds, corrupt cops and a Jamaican mobster, his dreams for an honest future are shattered by a hail of gunfire. Snoop Doggy Dogg and LL Cool J cameo in this gritty action-thriller, from the producers of "Menace II Society" and "Tales from the Hood". Written by Artisan Entertainment
Also known as: Caught Up (on a region-free DVD). 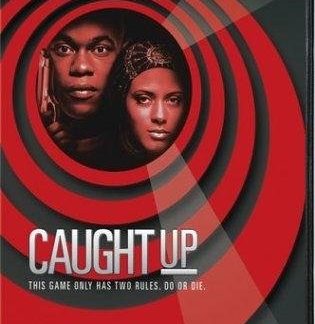