View cart “Devil Hunter (1980) with English Subtitles on DVD” has been added to your cart.

Behind the Green Door (1972) starring Marilyn Chambers on DVD


This sale is for Behind the Green Door (1972) starring Marilyn Chambers on DVD.

6.0
Director: Artie Mitchell, Jim MitchellWriters: AnonymousStars: Marilyn Chambers, George S. McDonald, Johnnie KeyesSummary: Two men enter a fast food place. The owner asks them about a mysterious matter. After some considerations, one of the two guys accepts to tell the story. Here starts a long flashback: the two men are in a terrace, next to a lake, and one is telling the other a story. A woman, a wealthy San Francisco socialite named Gloria sits at a table nearby. Later she is kidnapped. When her blindfold is removed, a woman welcomes her. After a relaxing massage, she is accompanied by 6 women, into a stage, in front of masked men, and women of all kinds. A speaker explains that the woman will be pleased, by all means. The 6 women first, and later some men make love to her, while the audience progressively move into a orgy. This is the end of the flashback. The owner of the fast food place asks what happened after that time, but the men refuse to tell. Written by Andrea Pasqua <[email protected]>
Also known as: Behind the Green Door (on a region-free DVD).
Source: imdb.com 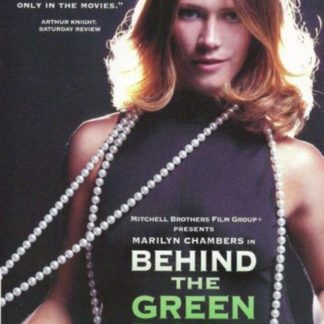