This sale is for Bad Blood (1989) starring Georgina Spelvin on DVD.

4.5
Director: Chuck VincentWriters: Craig HorrallStars: Georgina Spelvin, Randy Spears, Linda BlairSummary: When Ted discovers that he is the subject of a painting by a wealthy and recluse aging female painter named Arlene, she confesses that she is, in fact, his mother. But when he and his wife, Evie are invited to her mansion for the weekend, they soon learn that she wants him all for herself - in more ways than one. She is actually jealous, possessive and overbearing, unhealthily obsessed with him and so begins to poison his wife. Written by lament
Also known as: Bad Blood (on a region-free DVD). 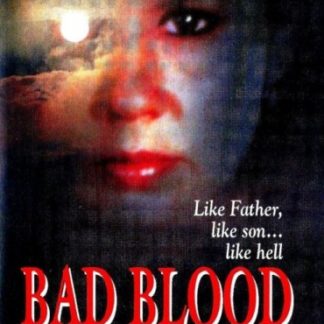