This sale is for Animal Charm: Golden Digest (1996) starring Rich Bott on DVD.

Director: Rich Bott, Jim FetterleyStars: Rich Bott, Jim Fetterley, Gordon LightfootSummary: ANIMAL CHARM makes videos from other people's videos. By compositing TV and reducing it to a kind of tic-ridden babble, they force television to not make sense. While this disruption is playful, it also reveals an overall 'essence' of mass culture that would not be apprehended otherwise. Videos such as STUFFING, ASHLEY, and LIGHTFOOT FEVER upset the hypnotic spectacle of TV viewing, revealing how advertising creates anxiety, how culture constructs 'nature' and how conventional morality is dictated through seemingly neutral images. By forcing television to convulse like a raving lunatic, we might finally hear what it is actually saying.
Also known as: Animal Charm: Golden Digest (on a region-free DVD). 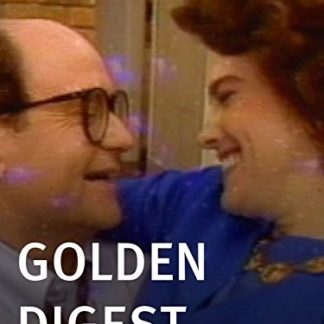