View cart “Royal Deceit (1994) with English Subtitles on DVD” has been added to your cart.


This sale is for Adventures of Nick Carter (1972) starring Robert Conrad on DVD.

6.9
Director: Paul KrasnyWriters: Ken PettusStars: Robert Conrad, Shelley Winters, Broderick CrawfordSummary: In 1912 New York City, private detective Nick Carter receives news of his friend Sam Bates' violent death. Bates, who was a private detective himself, was shot dead by unknown gunmen while working on a case. Nick Carter is eager to find his friend's killers and starts digging around Bates' case. This leads Carter to the wealthy Duncan family and the mysterious disappearance of Ivy Duncan, wife of Freddy Duncan and daughter-in-law of patriarch Otis Duncan. Nick Carter realizes that his friend's death and Ivy Duncan's disappearance are somehow tied together. He decides to confront the Duncans about it. Otis Duncan assures Carter that no one in his family has anything to do with Sam Bates' death or their family member Ivy Duncan's disappearance. However, Otis Duncan offers to hire Nick Carter as a private detective to find the missing Ivy Duncan and, at the same time, find the killers of detective Sam Bates. Nick Carter agrees and starts his investigation. However, the more he digs, the ... Written by nufs68
Also known as: Adventures of Nick Carter (on a region-free DVD). 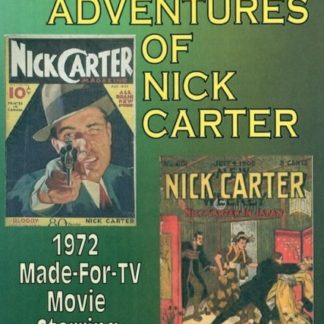