A Night in a Dormitory (1930) starring Ginger Rogers on DVD


This sale is for A Night in a Dormitory (1930) starring Ginger Rogers on DVD.

5.2
Director: Harry DelmarWriters: Ben Ryan, Sol ViolinskyStars: Ginger Rogers, Ruth Hamilton, Thelma WhiteSummary: It's lights out at a young women's dormitory. One of the residents sneaks in late after everyone else has gone to bed. It's because after she and her date left the theater, they decided to extend the evening at the Melody Club. Through flashbacks of the evening, she tells another one of the now awakened girls about their time at the Melody Club. The acts included a Russian troupe performing a comedy routine with a sweet ending, Thelma White doing a song and dance number with a backup chorus of dancers, and the headliner, Ginger Rogers, singing a couple of songs. But she also tells of two men who were at the club having dinner with their dates, and the scam they pulled in trying to stiff the waiter as they had no money to pay their bill. Written by Huggo
Source: imdb.com 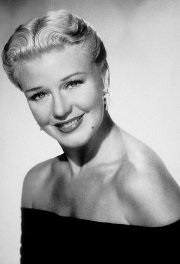