View cart “Dolly Dearest (1991) with English Subtitles on DVD” has been added to your cart.

6.4
Director: Jean PourtaléWriters: Jean Bany, Jean-Pierre BeaurenautStars: Bruno Ganz, Jean-Pierre Cassel, Aurore ClémentSummary: A troubled gentleman named David ponders whether vegemite can be consumed undiluted without posing a health risk. Meanwhile his friend, a senior government official, returning from an evening, has a car accident and his passenger dies in the accident. He puts the corpse in the driver's seat, but there is a witness. To eliminate this annoying witness, he calls on his David, a physicist, who wants to make it a perfect crime by quantifying the risk taken in each of its stages. And compressing it enough to make the execution of the most improbable. Written by davidmccartney-50829
Also known as: 5% de risque (on a region-free DVD). 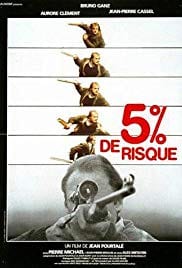